In the movie, “The Postman Always Rings Twice”, I’m not sure a postman even made an appearance. For the fraudster, it can be a much different story.

As Certified Fraud Examiners, we at times attend lectures given by convicted fraudsters. Their tales of embezzlement, corruption and ethical breakdowns are fascinating. They tell stories of travel down a slippery slope, of allowing a need or greed to overtake them, and explain the rationalization of their behavior that led to their offenses. Some are active on the speaking circuit, write books, give testimonials and appear before church congregations.

Recently, I responded to an interview question about hiring the “reformed” embezzler, which deserves further comment. Barry Webne was one who was convicted of embezzling over $1M from his employer, served a prison sentence, and started a fraud consulting business after his release. Webne spoke about the “bogus” process of external accounting firms who audit the books of corporations who hire them. He openly quoted fraud statistics, and cautioned leaders on the evils of fraud and the system which fails to detect illicit activity. Fast forward and Webne is charged and again convicted of another $1M embezzlement with his new employer. The Webne example is only one of many.

For the business owner who wants to hire the “reformed” embezzler, consider the following –

• Fraudsters often present themselves as likeable, repentant and may be 100% forthcoming about their past misdeeds.

• Do you believe because embezzlement is a non-violent crime, that somehow the violator will quickly learn their lesson and never do it again?

We have not begun to discuss the fraud rings, whose members enter the mainstream workforce. They wake up every day, wondering how they can execute another crime against individuals or a business. They are clever and ruthless. If they are caught and convicted, the punishment is typically lighter than that of their violent counterparts.

How about once an employer detects and confronts an employee who has committed embezzlement? It’s a topic which deserves its own article at a later time. Often if terminated, “sent home” or formally suspended, the fraudster returns to the workplace. They gather or destroy any evidence against them. They may use an unsuspecting employee to help them. I’m not just talking about an organized gang member; it’s also the long-term employee who is like everyone’s grandmother. You need not, nor should you, provide any details; but notifying your staff that Grandma Jones is not permitted back on the property is prudent. Retrieve their keys, change locks (they may have a duplicate key), and delete physical and remote access to systems. Strongly consider notifying key vendors if appropriate. Do so, even if the case is still under investigation and a final employment determination has not been made.

A common tactic the fraudster may use is to contact other employees, management, or board members to plead their case and gather sympathy. In their minds, casting doubt about their offense could help them. Fear makes them very clever and very convincing to the uninformed. There is nothing quite like dividing and conquering your accusers. Now, the employer must deal with further internal conflict.

We all love stories of redemption, but deciding you want to give a convicted embezzler a second chance, and provide access to company assets, is highly inadvisable. Most employers are not in the criminal rehabilitation industry, so don’t let the fraudster ring twice. 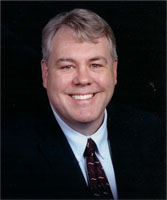