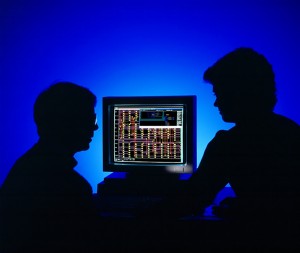 A ghost employee is a phony. That’s one that doesn’t exist; however, they get paid. This is due to fraud and flawed payroll security. Notably, about one out of every four organizations has experienced payroll fraud. Likely, numbers are much higher. Specifically, we’ll address some payroll fraud schemes –

Time fraud is simply adding time or paying for hours not worked. Normally, this is connected with hourly employees but can extend to those salaried. Fake employees or a ghost employee, may eventually be discovered. However, poor payroll controls has allowed time fraud to fan out for years.

More specifics about ghost employees – Imagine an entry into the payroll system of a non-existent employee of a company. The “employee” may be a real or fake person. If a real person, it’s often a family member or friend of the fraudster. Understand, the fraudster may not use a real person for fear of detection. Of course, data analytics are solid solutions to identify this type of payroll fraud.

Perhaps an entity believes its payroll internal controls would not permit payroll fraud. Coupled with a CCTV camera, it deters one employee from clocking in another. Clearly, more subtle schemes exist. For instance, a costly payroll fraud involves a payroll manager who can override payroll controls. They input salary, bonuses and set up new employees. Again, you hope fake employees would be detected early on. Hope is not a solution – especially for a ghost employee. Above all, inspect your payroll security.

Think about improper money added to a paycheck. Like many frauds, it may start out slowly. Often, there are a number of pay periods between the initial fraud and the next one. The payroll fraud takes a pause to see if it will be detected. Suppose an extra $500.00 per payroll period is desired. Then, it’s normal for the fraudster to factor in withholdings. For instance, $530.25 is entered to net $500.00. Certainly, other frauds include an increase of an hourly rate or salary.

In addition, bonus schemes are popular. Usually, this is carried out on a legitimate payout schedule. The dishonest receiver may not be eligible for a bonus at all, but receives one. At times, it’s an amount identical to that of a real earner. Suppose they are eligible for a bonus, but did NOT earn one. Then, a common or average bonus (to avoid detection) is paid out. Or, just a random amount without any real thought. Offenders can and do differ. Even more insult, is when a ghost employee receives a bonus.

Notably, it’s common for a manager to collude with a subordinate, approve illicit earnings and split the difference. Not to mention, be aware of those workplace romances. Does your payroll security immediately identify terminated employees? Terminated employees may be kept on the payroll, their checks processed, endorsed and cashed. Direct deposit helps reduce this, but most systems permit the issuance of a paper check.

We assisted a business in a very troubling matter. First, a senior manager had unbridled control over all the finances. Second, she paid herself money she wasn’t due. Finally, she added ghost employees to the payroll. She was discovered only after a consultant made an inquiry. However, over $1M was embezzled by this time. In reality, if the scheme had gone on for another year, the business would have been forced to file for bankruptcy. Or, taken on huge debt just to recover.

In yet another matter, she was divorced, struggling and supporting an adult son. The male business owner at the small company she worked for had given her a job. At times he gifted her money, as she would run personal errands for him. The relationship was friendly, but not romantic. In her confession to us, she revealed that due to receiving past gifts, it made it easier for her to commit the fraud. How did she do it? She was in charge of entering payroll (including her own) and simply paid herself bonuses she wasn’t due. There were no checks or balances. How was the payroll fraud discovered? Like so often…by accident.

Payroll fraud is especially nasty. It tends to creep up on a business and go undetected longer, vs. other workplace frauds.

While we strive to provide education and fraud prevention; this is a rarity of where we won’t reveal all payroll fraud methods. Consider a 3rd party to conduct your payroll fraud audit. They often bring a unique perspective to the process. Finally, did we mention how nasty these are?