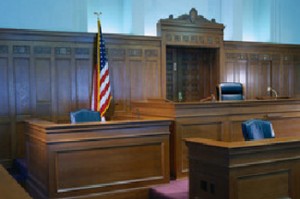 • A Georgia Tech University student stated he was falsely accused of sexual assault. After a questionable investigation, he is expelled. Later, an appellate panel reversed the decision, but the expulsion is upheld by the university president. In another twist, the Board of Regents overturned the decision and the accused is allowed to return to the university.

• Drugs are planted inside the vehicle of a school volunteer. The volunteer is shaken and traumatized. Thankfully, a thorough police investigation revealed that a husband and wife attorney team tried to frame the volunteer after a petty disagreement.

• A civil rights investigator makes a slanted report against three police officers. Discovery later reveals that the investigator is a friend of the accuser, and primarily framed the report to favor the accuser and discredit the police officers. There was little desire to understand the facts. Even after the “investigator” is disciplined and re-assigned for the obvious conflict and bias, he refused to believe he had done anything wrong.

• A food manufacturer may have ignored complaints of unsanitary conditions prior to a Listeria outbreak.

• Concerns are brought to the Securities and Exchange Commission that an investment advisor is running a ponzi scheme, but no action occurs until Bernie Madoff is turned in by his own sons.

The psychological scars on those who are wrongfully accused can last a lifetime. Failing to take accusations seriously without conducting a thorough investigation can be equally devastating. The liability of incorrect findings, action or inaction is undeniable. Even more so, justice is not served.

In fairness, an organization may conduct a thorough investigation, but in the end one or both parties may not be happy with the results. It would seem that criticism is unavoidable. Enter the overwhelming need to select a qualified firm to perform independent investigations.

Lawsuits mount against university systems, for what may be an over-zealous desire to address sexual misconduct claims; ironically, after patterns of inaction. Courts may take a suspicious or less credible view of particular complaints handled by internal investigators. Transferring the complex and often confusing details of an accusation to a skilled, unbiased party is a responsible step. We have previously mentioned that growing evidence points to the need for independent investigations to address the issue of bias and competency.

Some organizations believe that the use of independent investigators may result in the exposure of their weaknesses and increase their liability, regardless of any signed confidentiality agreement. This and other fears should be re-examined. Sincerely question if you are concerned with learning facts or just limiting your dirty laundry. To the organization charged with handling a complaint, there can be a natural tendency to protect itself. When this occurs, bias can enter, details can be overlooked, justice may not be served and more harm can ensue.

While justice can be imperfect, and a neutral investigation may not make decision making clear, why not remove potential landmines. Careful independent investigations can serve everyone fairly.

Falsely Accused? Then you understand how helpless it can feel.

We are not interested in helping anyone escape justice or consequences, but if you or someone you know has been falsely accused and need assistance, contact us. We have some unique tools.